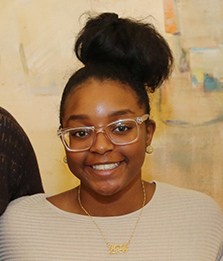 Both serious and fun traditions are at the core of our school culture. From our daily Morning Meeting in the Chapel led by the School Government Association president, where we sing the alma mater to start the day, to the spirited fun of Hornet/Jacket competitions, and the beautiful solemnity of commencement at historic Westminster Presbyterian Church, we maintain a respectful and dynamic school culture for both students, faculty and alumnae.

The Hornet/Jacket competition is one of the most enjoyable aspects of Buffalo Seminary; it's also one of SEM's oldest traditions, dating back to 1916.

Legendary headmistress Miss L. Gertrude Angell organized SEM into two basketball teams in 1916 and it has grown into a school-wide intramural competition for over a century.

Each fall, on "Hornet/Jacket Day," every new student, faculty, and staff member is made a member of one of the teams. For life. Selection is a closely guarded process of the athletic directors and head of school. It may also be an inheritance - team membership is passed on through alumnae siblings and other family members who attended SEM.

Hornet/Jacket Day begins with a freshman sleepover at the school the night before, commences in the morning with a neighborhood costume parade and proceeds to our Larkin Field for group dances and field games.

When you meet a SEM girl of any age, anywhere, the first thing you should ask is: Hornet or Jacket?

The two teams battle to win points in contests throughout the year - particularly for Spirit Week, Hornet/Jacket Day, the Halloween costume and skit contest, the Hanging of the Greens day's holiday sweater contest, school decorating and bushe de noel contest, and finally culminating in the Putting on the Hits contest in June when the winner of the Hornet/Jacket is announced and engraved on the Hornet/Jacket Spirit Cup.

The 100th anniversary of Hornet/Jacket was celebrated in 2016-17
and memories and pictures were posted below. I am a proud Jacket! From being sprayed with shaving cream to the endless screaming on Hornet/Jacket activities, it feels a great to be a part of this incredible experience! It brought me closer with some great people. GO JACKETS. 100 years of green and 2 years of driving this baby down Elmwood!

I am a freshman at sem and I had an amazing time at the hornet jacket sleepover and the next day! So many pictures are starting to come in! This one was sent to me while I was in Bermuda at a school fair on Friday. Each school day begins at 7:55 a.m. in the chapel with Morning Meeting, a beloved tradition that puts the spotlight on individual students, while bringing together the entire school. Led by the School Government Association president, all students and faculty gather together for singing, presentations, and announcements. Whether it’s a senior's presentation (senior year each student makes a presentation - sometimes academic, sometimes musical, sometimes funny, always poignant), a community service opportunity, or an update on team sports scores, or an invitation to a club meeting, students take center stage. We also invite guests from the community to make special presentations on issues such as distracted driving or teen health. 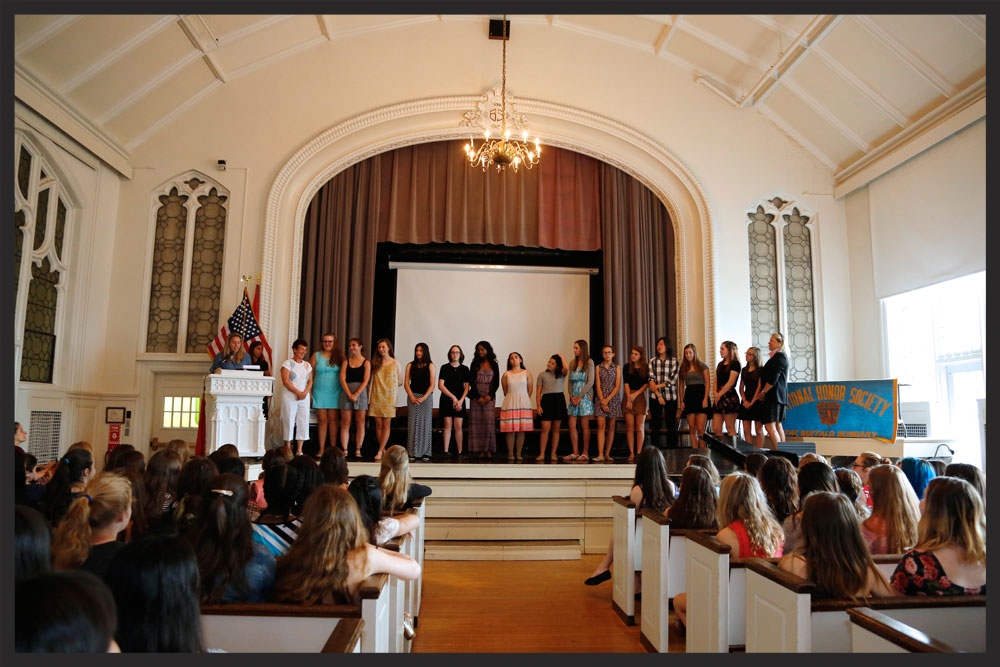 SEM graduation has been held at beautiful and historic Westminster Presbyterian Church for as long as anyone can remember or document. (SEM was founded in 1851 and Westminster was founded in 1847.)  Graduation is an all-school ceremony - freshmen, sophomores and juniors attend. Often alumnae and former faculty return to sit in a back pew. It's a day filled with red roses, white dresses, singing, tears, inspiration and hope.

What started as a decorating responsibility for the annual BSAA Holiday Bazaar each December has become a happily anticipated day filled with traditions that celebrate the diverse cultures and associated winter holiday celebrations in our school community. A chain of students stretches from Bidwell Parkway through the big wooden doors and up the stairs into into the Chapel. A day of music, dancing, art, craft, learning and of course, decorating (for Hornet/Jacket points, of course!), culminates with cinnamon buns and hot cocoa and caroling in the Magavern-Sutton Courtyard.

The Buffalo Seminary Social and Academic Honor Code is an integral part of life here. It is adhered to every day, but formally signed once a year in Morning Meeting.

Winter Revel sings students and faculty out into the winter vacation. The Ensemble plays, the student Glee Club and a cappella group the Semachords sing; even the faculty has a Glee Club!

It's also a tradition at Revel that young alumnae return home to SEM to catch up with teachers, coaches, and underclassmen and rejoin with the Semachords.